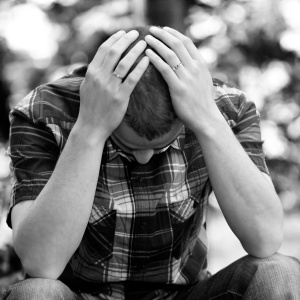 There are many cases of diabetes sufferers who inherit the disease via their family genes, but the disorder is not necessarily affected by the family medical history.

Although Type I and Type II have different causes, it seems that many have a predisposition to catch either of these two types of diabetes. Along with this, there are other various contributory factors to the diseaase so that can not say which of two twins for example might present with diabetes, though it is likely that one of them develops Type I diabetes in the future.

With Type I diabetes people need to inherit the factors of presenting the disease from both of their parents’ side. It has been considered that these risks are more prevalent in Caucasian people, although not always and more work is needed in this area.

Researchers have started to dig deeper into the matter trying to see the possible trigger. It has been observed that during the season of winter, this condition occurs more frequently, so the cold weather might be a factor. Viruses can also be guilty of causing the condition to manifest as the immune system starts attacking the body tissues as well as the virus leading to diabetes.

With Type II diabetes, things are different. It is much more strongly related to genes (people who have a genetic predisposition), depending as well on environmental factors. Those living in Western countries with the unhealthy lifestlye with refined carbs and too much fat,  combined with lack of exercise, contibute to making the incidence of this disease more prevalent.

Many must have heard that the rate of obesity existing in these countries, also  related to developing the disease. Considering these facts, it’s not surprising that other countries with a more healthy way of life do not have an increased rate of diabetics, even if there is a higher genetic risk present in the population.

In gestational diabetes, which can develop in pregnant women and in many cases disappers once the pregnancy is over. It’s not clear at this time if genetics might be involved when diabetes is a risk factor in pregnant women, although with some studies claim that medical family history is the trigger.

Other studies conclude that there is no other environmental factor whatsoever that trigger the disorder in pregnant women. However, women who are diagnosed with this type of diabetes tend to be obese and those who delay in having a pregnancy until later years.

Bottom line: there are cases of medical family history presenting diabetes, but at the same time the offspring might not necessarlity develop the disease. Others do not have the specific genes but have other environmental factors to trigger the condition and thus exhibit diabetes.

On the other hand, even none of these risk factors are present, there are cases when people still present this disorder making researchers to go deeper in their studies and look for other explanations.